Well, I woke up to about 3 inches of snow this morning. Snow is so crisp and pretty to look at, isn't it? Unfortunately, I had to shovel it so I could go shopping today! I made the rounds at Michael's, where the new Martha Stewart punches have come in, then over to Hobby Lobby to purchase the Octagons Nestabilities. After that, I went to JoAnn's and bought the new Inkadinkado $1 bin stamps (18 in all), picked up some tacos at Taco Bell and came home! Now I'll show you my card for the Sweet Stop Sketch Challenge. 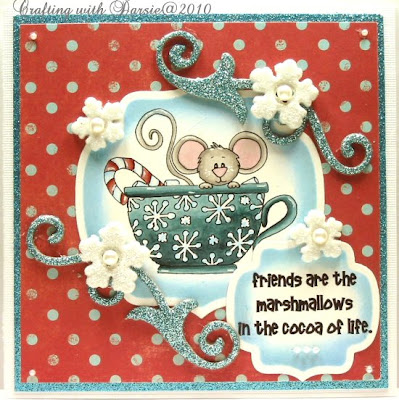 This cutie patootie is a digistamp from Sweet 'n Sassy and it's just so darling! I printed the image on Whisper White cardstock, then cut it out with the Labels Nine Nestabilities. I did the same thing with the sentiment which comes with the other image. I dusted a soft teal ink onto the pieces before removing them from the die. I colored the cup and mouse with Copic markers, then put the pieces aside to construct my card. 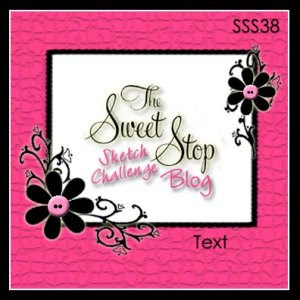 My designer paper is from My Mind's Eye, which I adhered to a soft teal glittery cardstock then to a white card. I added pretty shimmery glitter swirls, iridescent snowflake buttons and white pearls to finish the card. Card size: 5 x 5 inches
Image and Sentiment: Sweet 'n Sassy
Paper: My Mind's Eye, The Paper Studio, Bazzill, SU!
Embellishments: Dress it Up, Recollections, Making Memories 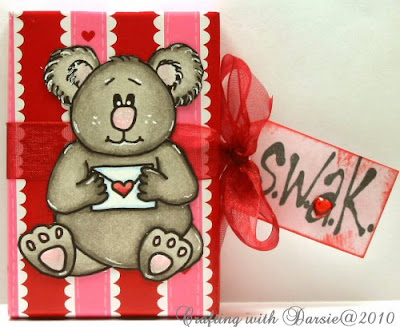 Here's a quick Valentine's gift for the kids or for your Secret Pal. I took a Valentine Paper Bag (Michael's) and used it to decorate a Sweethearts candy box. I just love those little sayings on the hearts! I printed my image (another Sweet 'n Sassy digital image) then cut it out and colored it with Copics. I wrapped an organza bow around the box, adhered the Koala image, and made a tag with a sentiment to finish it off. 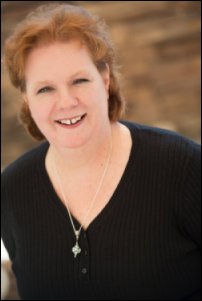 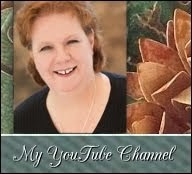